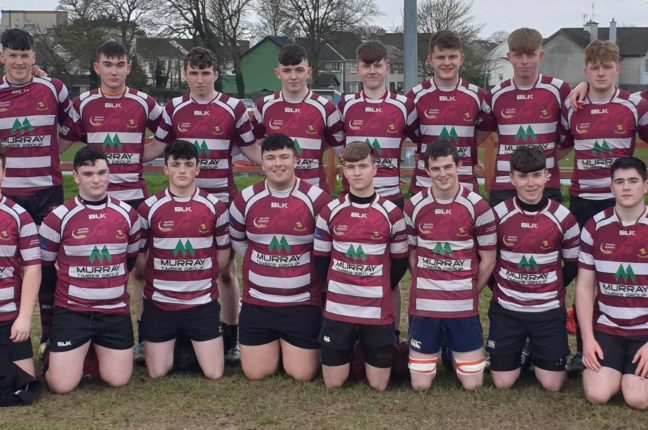 Creggs Under-18s bounced back from last weekend with an impressive display in Galway City defeating Galweigans to advance to the Connacht Plate Semi Final.

A try from Mark Purcell on ten minutes expertly convert by the same player from the side-line was just reward for the visitors early domination. Creggs were well on top but frustrated by the high penalty count at the breakdown and some resolute home defence,

Creggs had to wait until 5 minutes before half time for the next score. Tight head prop Tom Farrell powered over from close range after some excellent work from his pack. This should have been the last score of the half but a combination of skill from the Galway half back and sloppy defending from Creggs let Galweigans in for a score on half time, the conversion attempt was just wide and at half time Creggs led 12 – 5.

With the advantage of the strong wind in the second half, Creggs just needed a controlled performance and a reduced error count to gain a precious win in city. The Creggs lads played the conditions well and pulled away with two excellent second half tries.

The first from Ben Finnerty and the second, the score of the match finished off by Tim Lambe and converted again by Purcell. Galweigans scored a try with almost the last play of the match but this was a mere consolation and Creggs deservedly advanced to the semi-finals where they will be away to Ballina RFC.