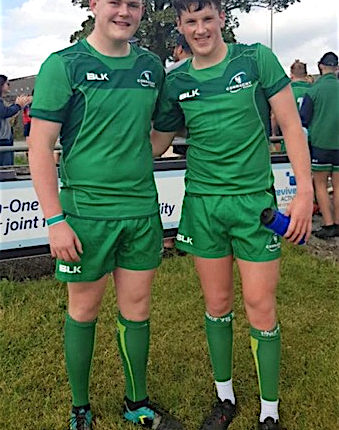 Good luck to our Boys Under-18 players Mark Purcell and Jack Tucker (pictured) who will be away in the University of Limerick for the next week with the Connacht Under-18’s in their Inter-Pro competition against Leinster, Ulster and Munster.

They begin their campaign next Saturday against Ulster before playing Leinster on Wed the 21st and complete their campaign against Munster on Sunday 25th of August. 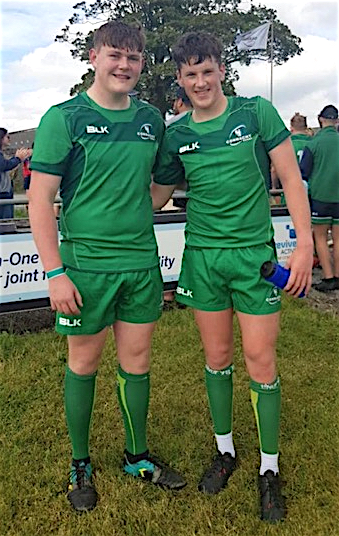 Good luck also to Creggs Under-19 players Aodha Hession, Jack Keegan and Tom Farrell who are part of the Connacht Under-19 Interpro squad who play Munster next Friday in Thomond Park.

They play Leinster in the Sportsground on Wednesday, the 21st and finish their campaign away to Ulster in Barnhall RFC on Sunday 25th.

Congrats also to Creggs Under-18 girls player Hannah Coen who has been picked at number 8 for their opening iInter-Pro game against Leinster next Saturday in Barnhall RFC.

Creggs girls rugby was only relaunched last season and it is an amazing achievement for Hannah, who only took up the game last year playing with Creggs RFC and the Convent of Mercy team in Roscommon.