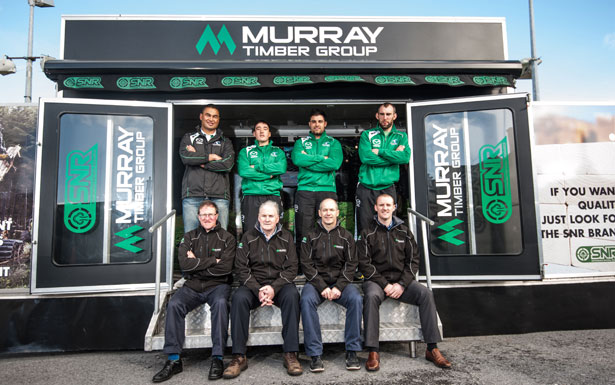 Established in Ballygar, Co. Galway and now based in both Galway and Carlow, Murray Timber Group is one of the largest, most progressive and flexible providers of timber in the country. The Group’s products can be seen in Builders Merchants throughout Ireland and the UK under their own distinctive trademarked SNR (Sustainable Natural Resource) brand.

They have their own dedicated and professional forestry division to offer free forestry management advice and thinning and clear-fell services to forestry growers throughout the country.

The realm of rugby is not unfamiliar to Murray Timber Group who also sponsor Roscommon-based Junior Club Creggs RFC and this new venture with Connacht reinforces their backing of the sport across the province.

Connacht Head Coach Pat Lam and local-born Connacht players John Muldoon, Ronan Loughney and Denis Buckley were all on hand at the Sportsground in Galway today to launch the partnership with Managing Director Paddy Murray and his son Patrick Murray, Sales Director.

Commenting on the new partnership, Patrick Murray, Director of Murray Timber Group said:
“We are extremely honoured to partner with Connacht Rugby. All of us at Murray Timber Group are big supporters of the team and indeed rugby across the province.

“Last month, when the Connacht Rugby senior squadarrived at Creggs Rugby Club for an open training session, we were also there and we witnessed something special.

“With rugby enthusiasts from 18 local schools waiting to meet their heroes, we were heartened to see the way in which the players and staff interacted with the young children. They took the time to talk to each and every one of them and were genuinely excited to take part in the games. That day confirmed to us that this was a brand we wanted to be associated with.
“As a Connacht based company, we are really looking forward to supporting our provincial team and helping them to build on recent success.”

“We are delighted to welcome Paddy and the team in Murray Timber Group on board and wish them every success over the next three years and beyond.

“From our very first meeting with Murray Timber Group, we have been impressed with their professionalism and attention to detail. Like Connacht Rugby, they have a vision for the future. Their ambition and drive are qualities that are shared with us here at Connacht.

“It was fantastic to have so many of the Murray Timber Group team down here at the Sportsground today. They are a proud, family-run, indigenous business and are extremely passionate about what they do. We’re thrilled to have them on board as a partner of Connacht Rugby.” 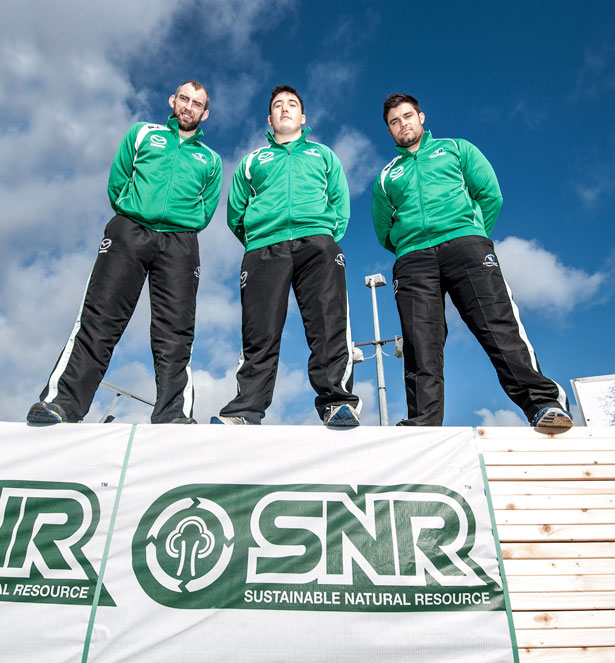 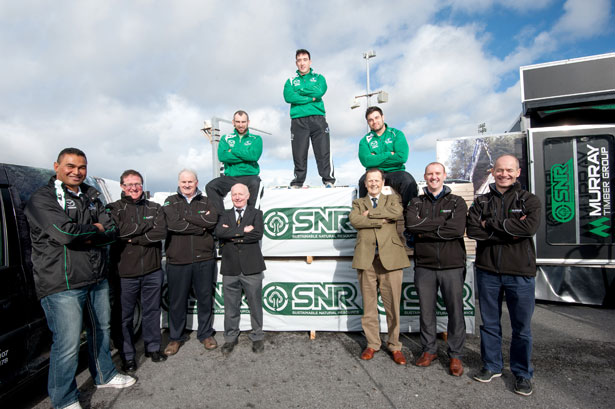 Murray Timber Group
Established in 1977 by its Managing Director, Paddy Murray, Murray Timber Group has grown to become one of the largest, most progressive and flexible sawmills in Ireland. The company continues to invest in state-of-the-art sawmilling equipment to satisfy customer requirements.

Operating from two central locations, Ballygar Co. Galway and Ballon Co. Carlow, the company has two world class processing facilities capable of processing in excess of 1,000,000M3 of Logs annually. The Group supplies products to the Construction, Garden & Fencing and Packaging markets in both Ireland and the U.K. Murray Timber Group employs over 150 people directly and over 200 people indirectly.