On Friday evening last Minister for Sport Jack Chambers TD,  Minister of State for Disability, Anne Rabbitte TD, Senator Aisling Dolan and Galway County Councillor, Michael Connolly paid an informal visit to Creggs RFC  to follow up on the recent Sports Capital Grant. They were met by the President, Adrian Leddy , Committee and Club members. They were given a tour of the grounds including the 1 kilometre tarmac  walkway, the 3 grass pitches and the 4G all weather pitch with terrace and seated stand. Particular attention was given to the new dressing rooms / gym building which is progressing on schedule. Minister Chambers congratulated the club for their community based inclusivity and wished them well in the upcoming season . Adrian Leddy spoke of the huge support from the community with both commitment and sponsorship which keeps the club afloat. He spoke of the schools, both primary and secondary, who use the facility regularly including other sports clubs in the area also. 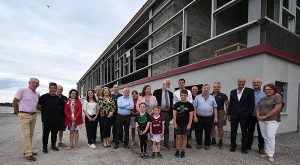 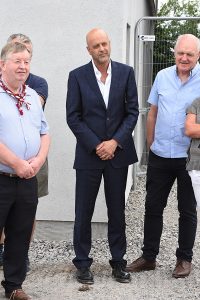 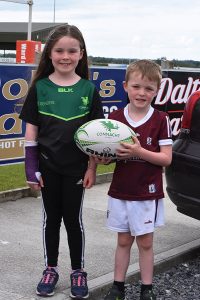 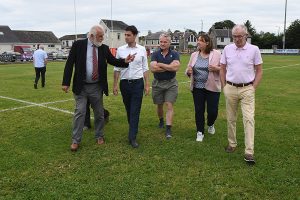 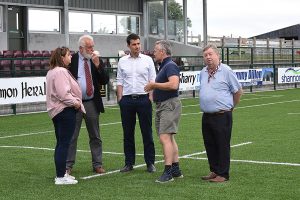 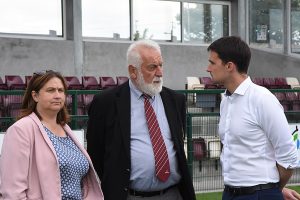