Creggs Rugby Club and Donamon Dynamos Cycling Club have combined their efforts to raise money for a very worthy cause. Both clubs have join to hold the inaugural ‘100 Challenge’, a leisure cycling event that is as tough as you want it to be, while raising much need funds for the ‘Sunshine Class’ at Creggs National School. Registration takes place between 8.30 and 9.30am next Sunday, April 28th. 2013, with an expected start time of 10am. 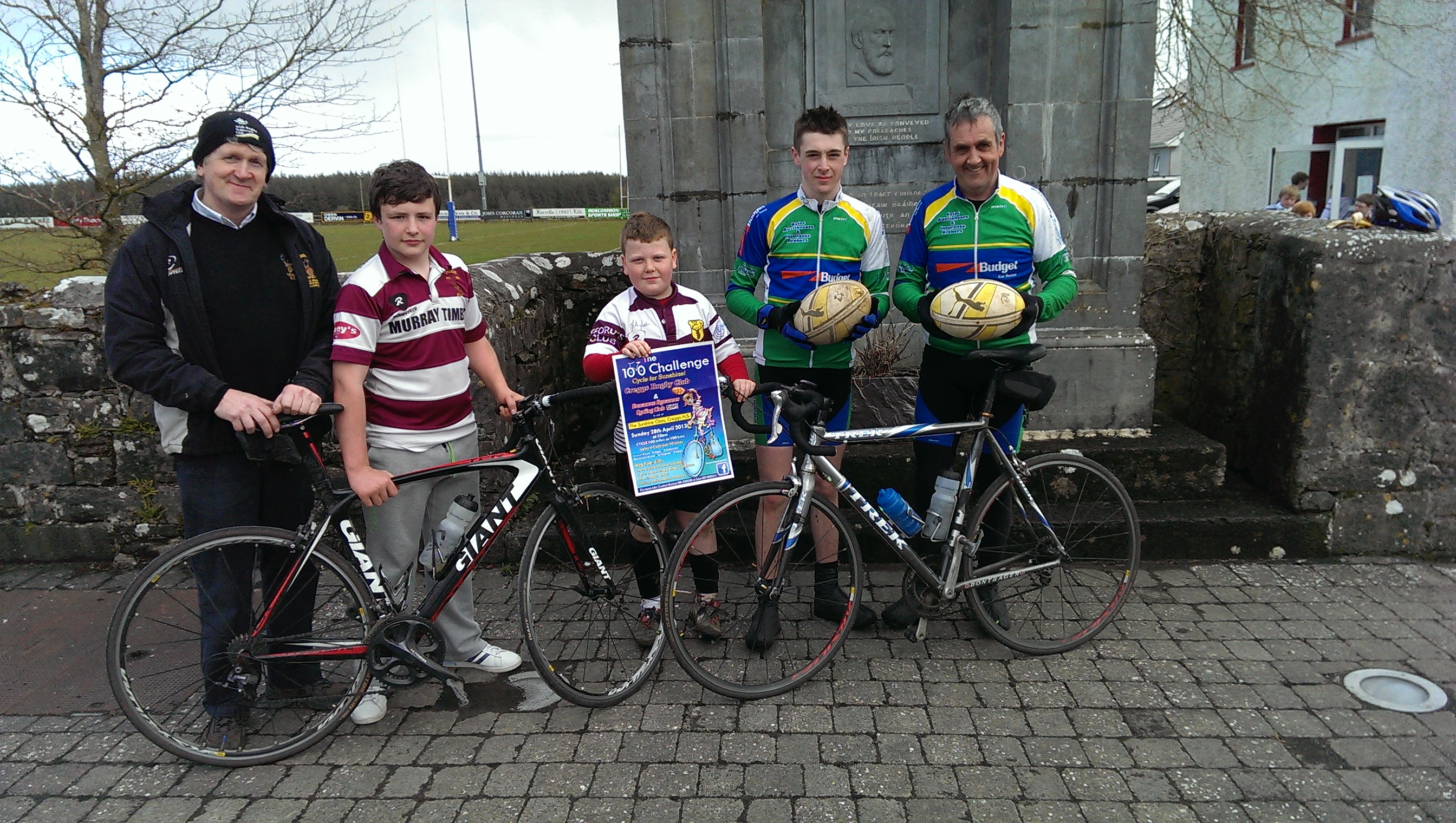 Basically, the 100 Challenge offers the more serious cyclists the opportunity to take part in a major cycling event. They can target a 100 miles or alternatively 100 kms distances. For all other cyclists from beginners, less experienced or occasional cyclists right up to those that wish to cover any distance of one circuit or more that suits them will all be accommodated.

The course circuit will be from Creggs to Castlecoote, onwards to Donamon Wood, around to Kilbegnet and back in to Creggs, which is ten miles in total. The event headquarters and Sign On will be at Creggs Rugby Club and it will also be the Start and Finish point for each circuit. Parking, showers, tea, sandwiches and other refreshments etc will also be on offer to all cyclists there.

The Sign On fee will be €20, or enquire about a sponsorship card for this great event. All proceed going to the very worthy Sunshine Class at Creggs NS, which is an amazing facility, providing very important service to support children with disabilities in the community.

For those that would like to get some last minute training in, Donamon Dynamos has training spin this Thursday evening at 7pm in Castlecoote. 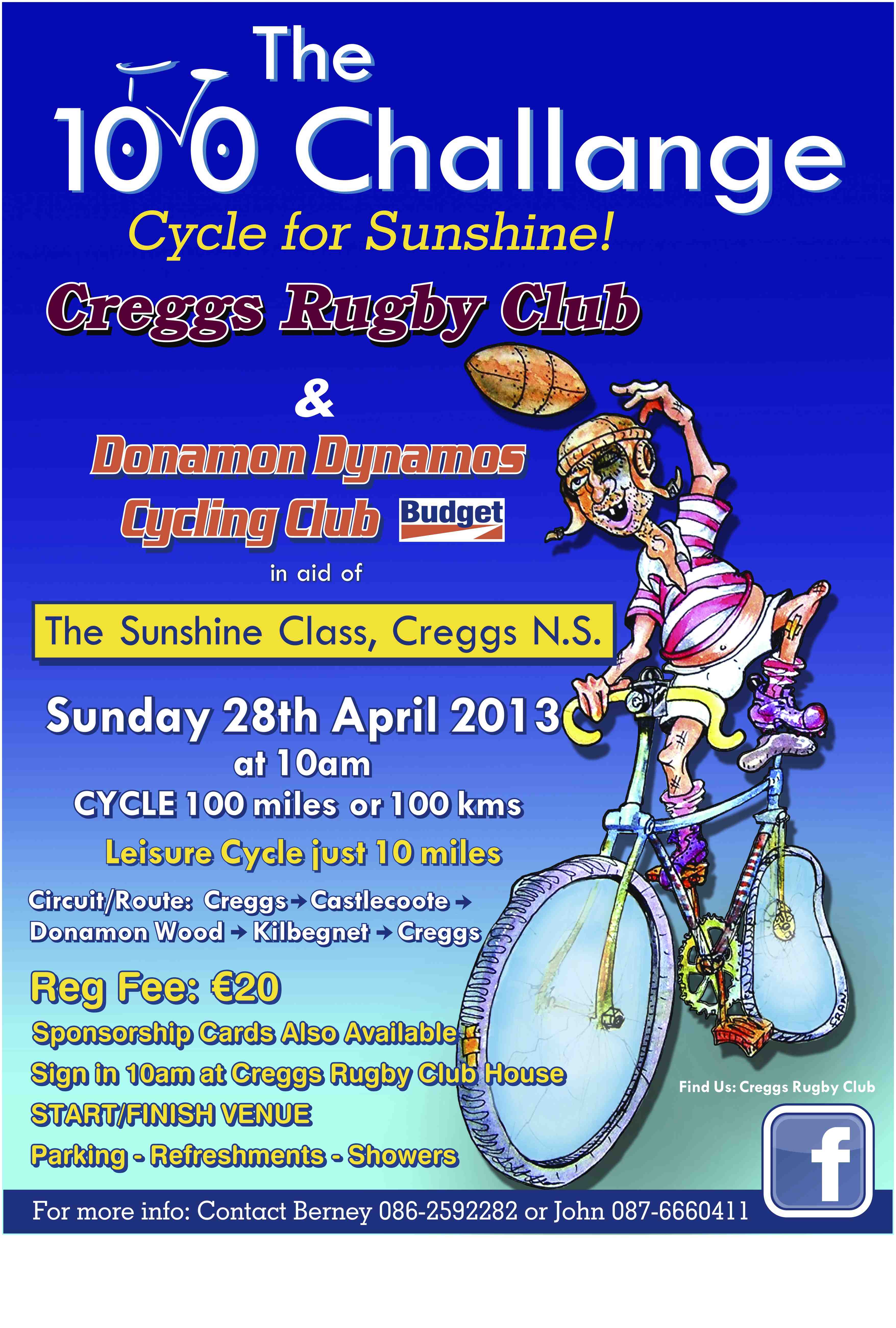