Creggs booked their place in the Cup semi-final with an easy win over Corinthians in Galway on Sunday. Corinthians had put it up to Creggs in their two earlier League encounters but this time they failed to fire and the game had petered out as a contest by half-time with Creggs turning around 32 –0 ahead. Left-winger Chris Duignan opened the scoring with a try after 7 minutes quickly followed by prop Aidan Leech, his tenth minute try converted by Mark Brandon who added a penalty to leave the visitors 15 –0 ahead after 28 minutes. The intervening period saw Creggs go into a lull but the re-start from Brandon’s penalty ended Corinthians hopes as Creggs swept up the field with right-winger Luke Meehan crossing near the posts for a well worked try converted by Brandon. Two more tries quickly followed, from Mike Blighe and Kevin Brandon to ensure mission accomplished at half-time. Coach Pat Cunningham made wholesale changes at the interval and two of those introduced, Shane Purcell and Ryan Horan combined to send Horan over after 70 minutes, Purcell added the conversion before flanker Alan Brandon completed the scoring with a try on the stroke of full-time. Creggs are drawn to play Sligo in the semi-final on Sunday 11 March, the other semi-final to be contested between Ballina and Connemara. This weekend the team takes a break before League action resumes away to Ballinrobe on Sunday 18 February.

This coming weekend Creggs Firsts have no game. The team will resume Connacht League action  away to Ballinrobe RFC on Sunday week (Feb. 18th.). Training continues on Tuesday and Friday nights, with special training arrangements for this weekend.

Creggs dominated the early exchanges and went ahead with a well-struck penalty by outhalf Ger Heneghan after 12 minutes. 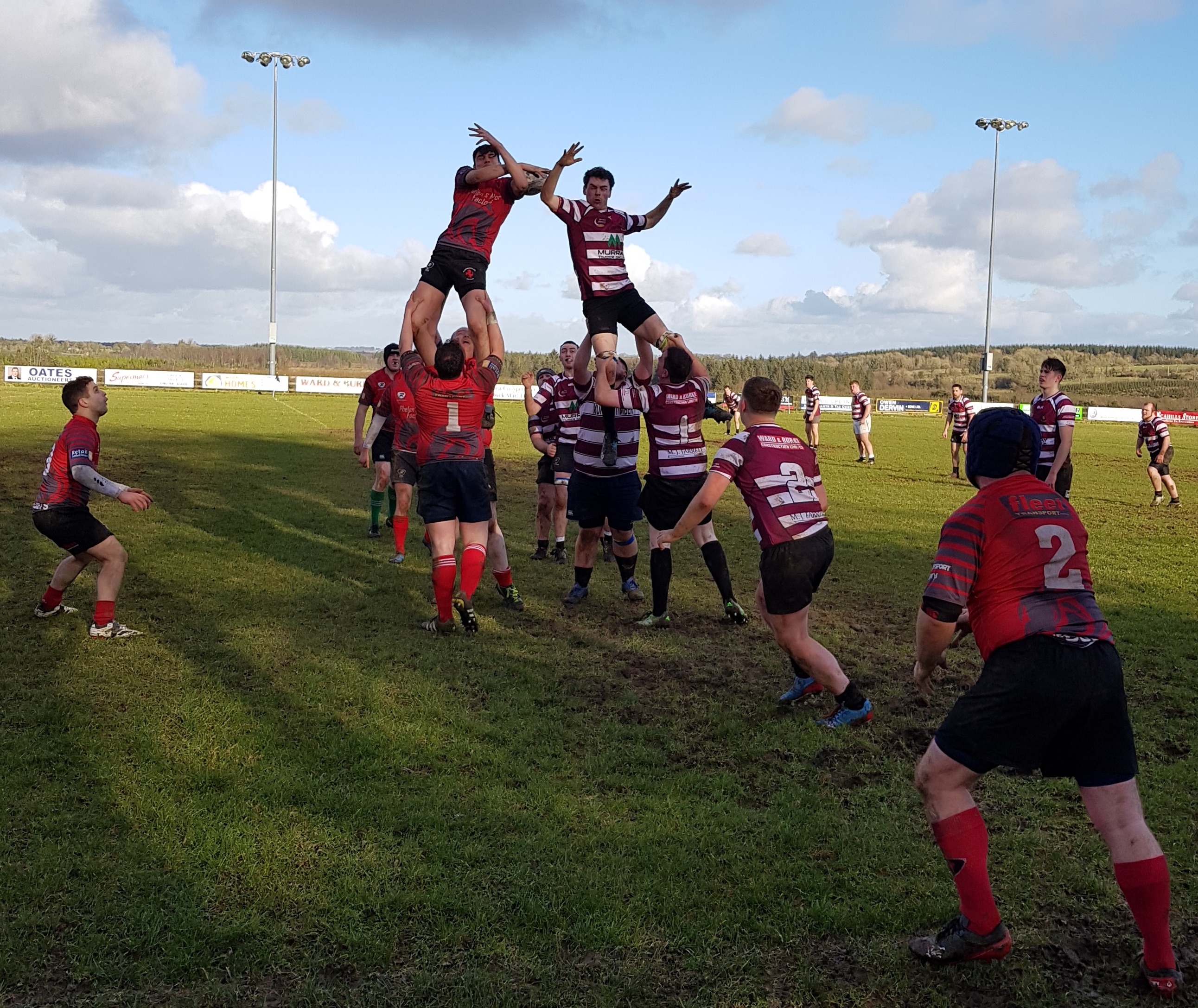 Shortly afterwards Heneghan executed a fine crossfield kick which paved the way for fullback Michael Holland to touch down for a try in the left corner with the Claremorris defence caught off-guard.

Claremorris gradually began to ask more questions of tbe Creggs defence with some powerful bursts by their forwards and slick handling by their backline. Claremorris narrowed the gap to 8 3 midway through the second half with a penalty after Creggs were caught offside in midfield.

The Seconds Team have games in hand, with three away League games left to play. In this division, the teams that finish in third to sixth positions play in two quarter-finals, with the winners of those facing the top two teams in the semi-finals.

Creggs finished strongly to close out the game but Claremorris battled right to the end and deserve great credit for their contribution to this lively encounter.

Creggs face a difficult game away to Oughterard RFC next Sunday but this ever improving squad can look forward to the game with confidence.

Creggs Under-13’s to play two rescheduled league games this week, Claremorris at 7pm Thursday night in Creggs and Ballina next Sunday at 1pm

Creggs Under-13’s are down to play Ballina RFC this Saturday in their Round 11 League game in Creggs.

N.B. – Under-12 players are reminded that if they do not play for the Under-12’s in Mini Rugby, they are  not eligible to play at any time for the Under-13. This IRFU rule will be strictly monitored and enforced without exception from this week.

Separately, Creggs Under-13’s have been drawn away to Corinthians RFC in the Connacht Under-13 Cup on Saturday, February 24th. 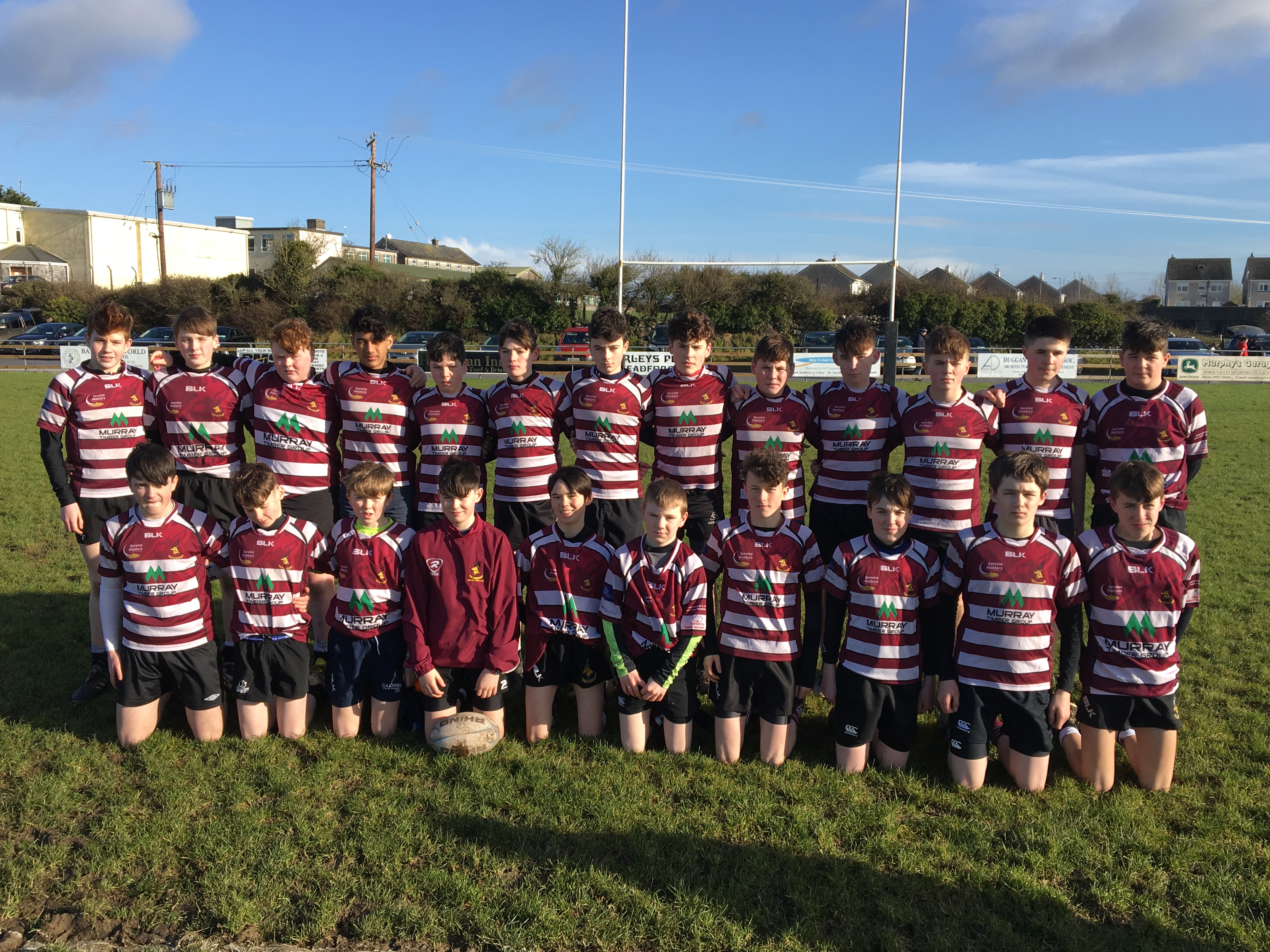 The Creggs Under-15’s continue their preparations for their Connacht Cup campaign getting underway at home v Claremorris on February 24th. Training continues every Thursday at 7pm in Astro Turf in Roscommon. New players always welcome.

Connacht Under-16 A League Semi Final:

A very brave performance by the Creggs U16’s on Friday night in Ballinasloe just fell short when they lost out to the home team on a scoreline of 7-5 in the semi final of the U16A league. the Creggs boys can count themselves very unlucky not to have won this encounter and lady luck certainly didn’t favour our lads on the night. On a night that the lads made very few mistakes, the few mistakes they did make seemed to just come at the wrong time for them at crucial stages in the game. Certaily the half time score of 0-0 wasn’t reflected in either sides play and Up front Jack Tucker, Rory Callaghan, lorcan Maher, and Adam Donnelly were outstanding early on and Sean trundle, Cian Glennon and Mark Purcell in the 9,10,12 channel seems to turn the ball over on numerous occasions and were causing Ballinasloe issues in attack also.

The second half continued to be a very even contest and Ballinasloe got the bit of luck to get their score when a poor kick wasn’t dealt with by the Creggs defence and a good offload allowed the score under the posts which they converted for a 7-0 lead, Creggs then played their best rugby of the match after this  and a good long pass by Mark Purcell, released Aaron Lyons who was tackled and offloaded off the floor to Cian Glennon who looked like he would score but a good last ditch tackle stopped his progress. Creggs continued to attack and when a score looked likely after great work up front by Darragh Kieran, Ethan Glennon and Ronan Lambe , Creggs did manage to get over the line but the referee adjudged that the ball had been knocked forward going over the line. Creggs got themselves back in the game with 10 minutes left when from a  scrum on the 22″, Jack Tucker picked and after further carries from Luke Divilly and Conor McNulty , Adam Donnelly went over near the corner.

Creggs couldn’t make further progress on the scoreboard but the lads can be very proud of their league campaign and while they have  tough Cup Draw they shouldn’t fear anyone if the get the bit of luck they deserve.

The Creggs Under-16’s will prepare for their away Under-15 Connacht Cup game v NUIG on February 17th.

Creggs Under-18.5’s will defend their Connacht Under-18 A League title against a strong Buccaneers side next Saturday evening in Ballinasloe. Please support the team.

Creggs finished level on points with Buccaneers but had a superior score difference and Creggs had also defeated Buccaneers in Athlone back in October in Round 4 of the League. A word of warning to our lads, their opposition next Saturday has since added some players from Ballinasloe, West Offaly and Mullingar clubs, so we will really need to be in top form to retain this title.

Training continues on Friday nights at 8pm on the Astro Turf in Roscommon. New and returning players always welcome.

Separately, Creggs has drawn Connemara RFC in the last 16 of the Connacht Under-18.5’s Cup. This game is down for Creggs on Sunday, February 18th.

Creggs Minis had a big turn-out for training last Saturday morning in Creggs. Next saturday Creggs Minis will travel to Monivea RFC for a blitz with a 10.30am Kick off

Please note that all Under-12 players must play for the Under-12’s in Mini Rugby or they will be ineligible to play at any time for the Under-13 (where required). This IRFU rule will be strictly monitored and enforced without exception from this week.

New players alway welcome in each age-group from Under-7 up to Under-12.

Girls Mini Rugby in the club is being restructured and a new committee is being formed to promote and grow the game for the girls. More information in the coming weeks.

The winner of the Lucky Dip draw this week was John Fallon .