Results elsewhere added value to this bonus point win against Dunmore at the Green on Saturday night last. League leaders Corinthians suffered an unexpected defeat at the hands of Ballinrobe as did third placed Castlebar against bottom of the table Corrib. The five points earned here brings Creggs to within two points of Corinthians with the clubs meeting back to back over the next two weekends.

Against Dunmore, Creggs got off to a flying start with no. 8 Kevin Brandon powering over for a try after five minutes, Mark Brandon adding the conversion. Creggs quickly lost their momentum however and Dunmore pressed for the next 15 minutes but failed to crack an unyielding Creggs defence in which Andrew Callaghan, alternating at half back, was quite outstanding in policing the ten channel.

Having weathered the storm, Creggs forged further ahead on their first foray out of defence, a well placed Mark Brandon cross kick brilliantly fielded by left winger Chris Duignan who crossed at the corner flag, Brandon adding the conversion from the touchline.

With a two score cushion Creggs extended the lead 10 minutes later when centre Elliot Jennings crossed in the corner, Brandon almost replicating his earlier effort but this time his kick rebounded off the post.

The second half proved to be a much more even contest, Dunmore opening the scoring with a try shortly after half time, this was quickly cancelled by the bonus point try from full back Kevin Gavin and Elliot Jennings put the issue beyond all doubt with his second try, a superb solo effort 10 minutes from time.

Dunmore had the final say, a converted try from the game’s last play.

Creggs now move on to the Corinthians double header, first leg in Corinthians this Saturday at 7.30pm.

Creggs got off to a great start when hard-running centre Conor Shanagher split the Wegians defence to power over for a superb try, which Michael Farrell converted.

Creggs continued to dominate during the opening quarter but gradually the powerful Galwegians pack became more influential, and Creggs conceded a try shortly before halftime to leave the game delicately balanced at 7-5.

Despite the best efforts of both sides, there was to be no further scoring and so Creggs held out for a hard-earned win in a game which was fiercely contested throughout.

Creggs 2nds next Connacht League match is at home to Sligo RFC on November 19. Players will be notified during the week of a possible friendly match next weekend.

Creggs Under-20’s will travelled to Westport in two weeks (Weekend of 26-26 November) for Round 5 Connacht Blitz. Having won Round 4 in Galway, Creggs is now second place and very well positioned to challenge to win the series outright, with 3 rounds to go.

Creggs Seconds XV – A Friendly match is being sought – notifications by text during the week.

18’s had big win over Sligo RFC in Connacht League 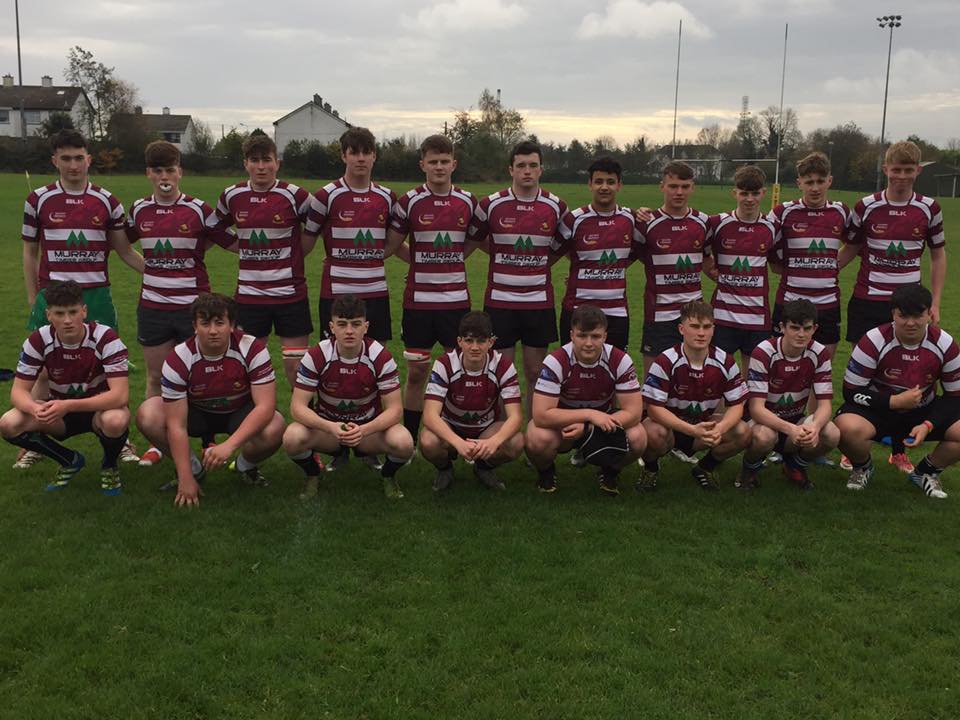 Creggs continued their unbeaten start to the Connacht Under-18.5 A league with a confortable win over a depleted Sligo squad last Sunday in Creggs.

Creggs will have a much harder assignment next weekend when they play Ballina RFC who are joint-top with Creggs in the premiere competition at this age level as we’re heading into Round 5 of the Connacht A League.

Training for the Under-18.5’s next Friday at 8.15pm, and the venue will be sent out by text to the players. New players alway welcome.

Creggs Under-16’s played a friendly against Longford RFC last friday night in Creggs and came out on top with a 24-12 victory, it was a useful workout for the lads as they will welcome Castlebar RFC to Creggs in the Connacht Under-16 A League this weekend.

Creggs Under-16’s will train with the Under-17’s on the Astro turf in Roscommon on Thursday evening at 7pm. 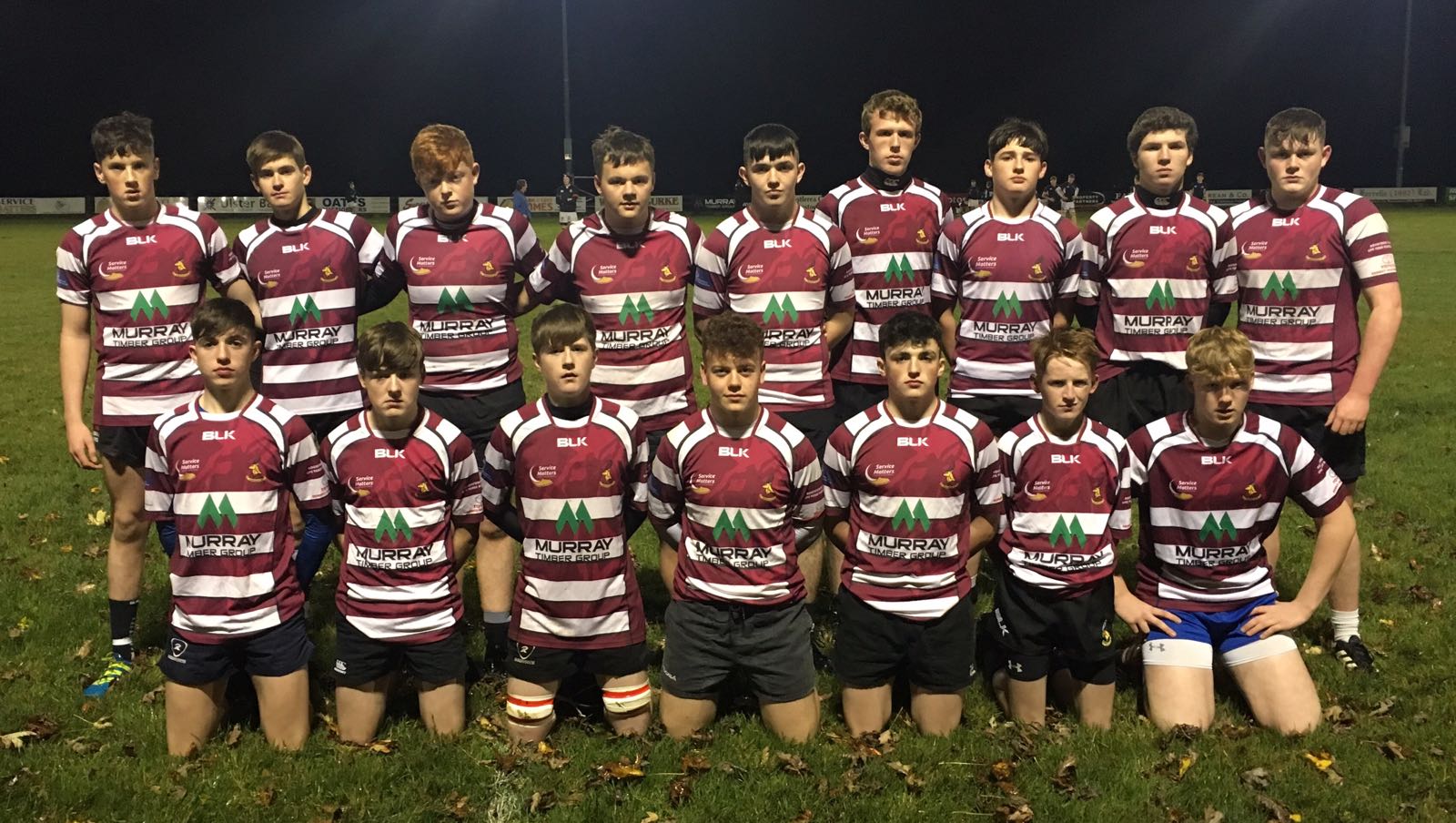 Creggs Under-13’s will travel to Monivea RFC next Saturday for their league game K.O. at 12.30pm. Please support the lads.

Creggs Under-13’s and Under-14’s train on the Astro Turf in Roscommon every Tuesday at 7pm.

Creggs Under-15’s will play Tuam RFC in the Connacht Under-15 A League in Creggs next Saturday at 2.30pm. Please support the lads.

Creggs Under-15’s squads will train on the Astro turf in Roscommon this Thursday evening at 7pm.

Creggs Under-16’s will welcome Castlebar RFC to Creggs in the Connacht Under-16 A League next Saturday at 1pm. Please support the lads.

Creggs Under-16 and Under-17 squads will train on the Astro turf in Roscommon on Thursday evening at 7pm.

Creggs Under-18.5’s will play Ballina RFC in a top of the table clash in Creggs next, at 12 noon on Sunday. Please support this team renewing their rivalry from last season with Ballina.

Training for the Under-18.5’s next Friday at 8.15pm, venue will be sent out by text to the players.

All youth team players – please note that all outstanding registration/membership for this season is urgently requested in the coming week..

Creggs Minis welcomed Monivea RFC for a Blitz in Creggs next Saturday, with a 10.30am kick off.

All players are requested to please be there by 10.10am and all coaches to please attend by 10am.

We’ve had a good response from parents of Mini Rugby players to get involved in training last week. We would still like to attract some more parents and remember no previous experience of rugby is necessary – A short foundation course (one evening) and new easy to follow drills/ training manuals provided.

Please note – any outstanding registrations for this season are request this weekend.

The Creggs Rugby Lotto Draw numbers this week were: 3, 6, 16, 32. There was no winner of the jackpot, which no rises to €5,500 for the next weekly draw. The winner of the Lucky Dip draw this week was Tommy O’Brien, Naas, Co. Kildare