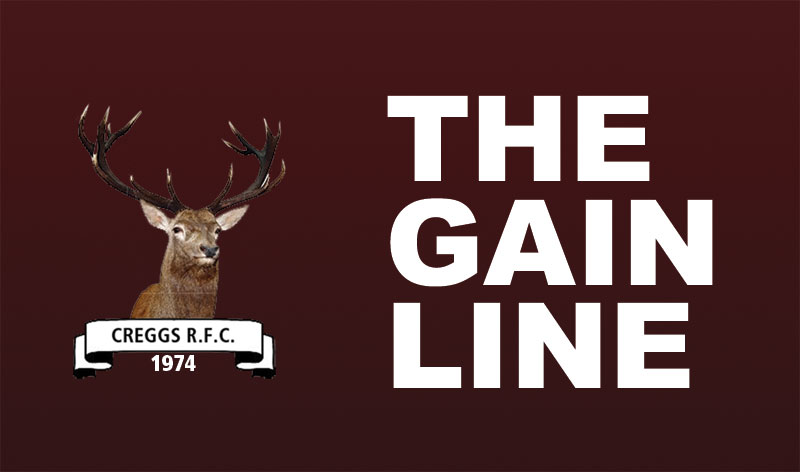 Creggs loose out to Castlebar in tough encounter

Creggs Firsts fought valiantly to the end but lost a keenly contested league game against Castlebar at the Green on Saturday evening. Heavy rain made the playing conditions difficult, and this did not suit Creggs against the formidable Castlebar pack, which held the upperhand in the scrum for most of the game.

Castlebar led 3 nil at half-time, through a Ronan Conway penalty. Despite dominating territorially, they found it very difficult to break down the Creggs defence which was outstanding.

Creggs attacked from the resumption but Mark Staunton intercepted and ran the length of the field for a crucial try. Creggs hit back with a superb opportunist try by winger Eoghan Coyle, who reacted sharply to get on the end of Mark Brandon’s excellent crossfield kick to reduce the deficit to 8-5 midway through the second half.

Castlebar responded immediately and got the decisive score from Conor Touhy who powered over the tryline from close range after a series of scrums. Creggs threw everything into attack in the closing stages, but Castlebar defended stoutly and held on for a hard-earned victory .

Creggs Firsts has their next League outing is away to Tuam RFC on Saturday October 7th.

Creggs Second XV play their first Connacht League game v Tuam RFC at home in Creggs on next Sunday week (8th. October). The following weekend they travel to Claremorris RFC for Round 2 and then the weekend after at home to Monivea RFC.

Because of our pitch development work on-going in Creggs, Senior and Youth team training is taking place in Roscommon Town (except Under-15s in Creggs) – at the Roscommon Community Sports Park, Lisnamult, Roscommon Town. See days and times below:

Creggs Under-18.5’s travelled to Galway to play a strong NUIG outfit last Sunday Morning. In beautiful conditions Creggs played some lovely rugby in the opening period and ran in 4 first half tries from from Shane Purcell, Eoghan Coyle, Mairtin Quinn and Tim Lambe and 2 conversions from Shane Purcell taking a 24-7 half time lead.

Creggs should have run in a couple of tries early in the second half but poor finishing let NUIG off the hook and it was NUIG who finished the game stronger and scoring with the final play had reduced the deficit to 24-17 at the end.

It was a good bonus point win for our lads who have had very limited opportunity to train with other sports coming to an end and improvement is a must to compete in this very competitive league. 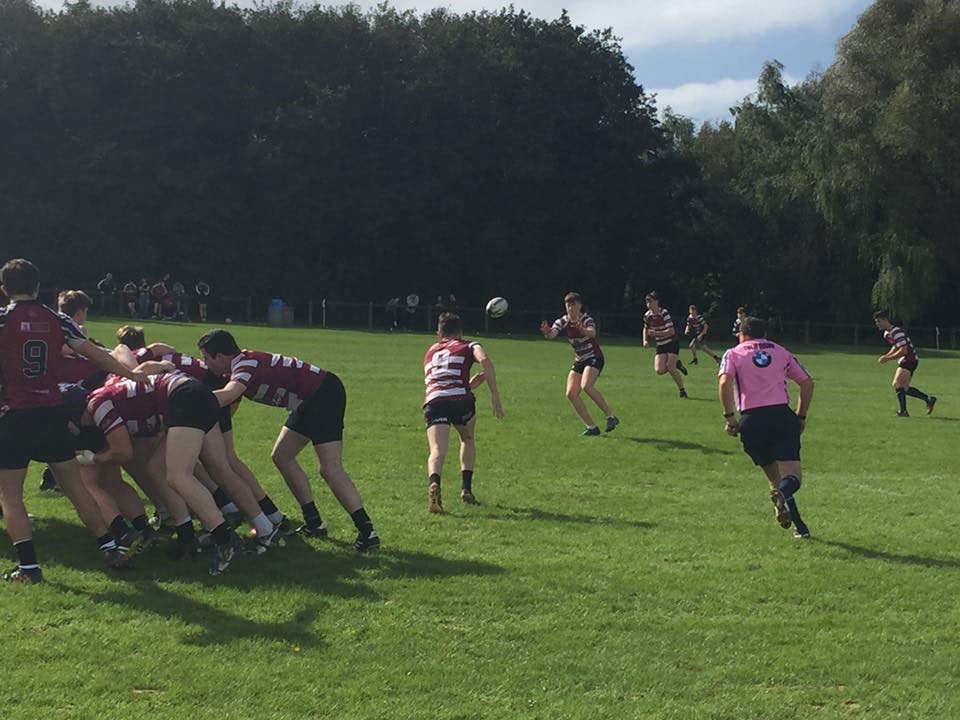 Connacht Under-16 A League:

Later on Sunday in Creggs, our Under-16’s had a comprehensive 44-5 win over Ballina RFC in the Under-16 Connacht League. The impressive Creggs scoring tally included 8 Tries in total from Shane Connaughton, Andrew Naughton, Jack Tucker, Ben Finnerty, Aaron Lyons in the first half and Cian Glennon, Rory Callaghan and Tiernan O Sullivan in the second, with Mark Purcell also contributing with a couple of conversions.

It was a very good performance by the lads and they played a lovely brand of rugby but tougher tests will follow. An excellent bonus point win! 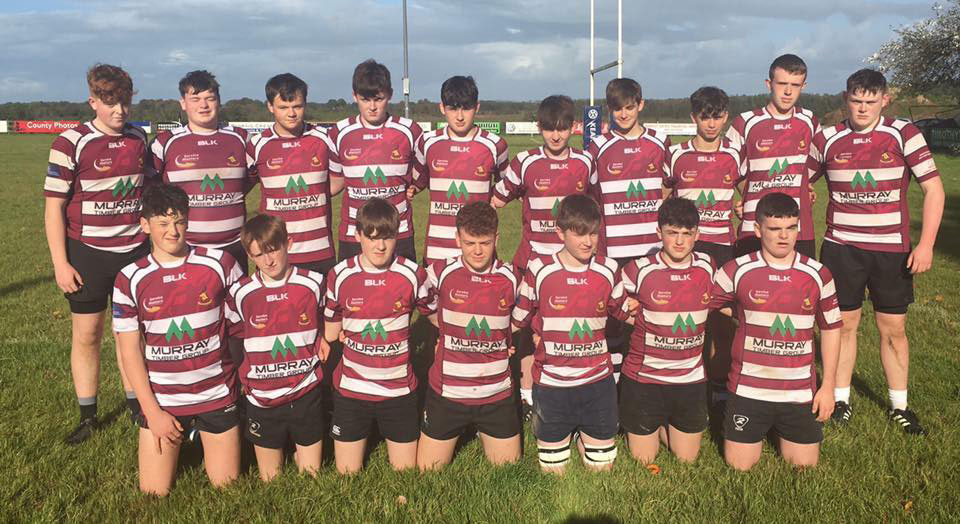 Creggs U14’s travelled to Ballina last Saturday morning for the Under-14 Connacht A League match and came away with a hard fought 17-7 victory.

Both these teams had contested the Connacht Cup Final in the Sportsground last Spring and Creggs had come out in a tight encounter that day and this was game was always going to be tight and so it proved.

In windy conditions Ballina played with the wind at their backs and had the better of the territory in the first half. However, it was Creggs who led at half time 5-0 thanks to a try by Shane Walsh.

In the second half playing with the wind, Creggs scored further tries from Ciaran Purcell and Daniel Flynn and a conversion for Cormac Dolan completed the scoring.

The only Youth team fixture this coming weekend is the Creggs Under-17’s who travel to Westport RFC on Sunday morning with a 12.30 kick off in their Connacht Under-17 A League encounter.

The MINI Rugby (ages: Under-7 up to Under-12 years) continues this Saturday morning, the 30th. September at 11am in the grounds at Donamon Castle. All new Mini Rugby players very welcome, with registration continuing this Saturday morning. Come along and join in the fun.

We are looking for parents of Mini Rugby players to consider getting involved in training. No experience of rugby necessary – A short foundation course and new easy to follow drills/ training manuals provided.

MINI RUGBY PLAN FOR NEXT 4 WEEKS

Well done to everyone that organised a very successful auction in the club last Saturday night.

In particular, a big thank you to Dominic Connolly who handled the auction with great professionalism and craic. He was assisted by senior player Sean Og Higgins and Tom Callaghan.

All the special items exceeded their reserves. They included a signed Connacht Pro-12 Winning Team Jersey; a signed Hurley from the great Kilkenny All-Ireland Winning Teams of 2014 and 2015; A signed pair of Rob Kearney’s Boots worn in an International Match; A Cricket Bat & Irish Cricket Jersey signed by the Irish Team; A signed hard-cover copy Paul O’Connell Book; A signed hard-cover copy of Johnny Sexton’s book; and many other items…

40 plus Creggs adult players, coaches, and committee members will travel to London from Knock Airport on this Friday, September 29th. until Sunday, October 1st.

There will be a function in O’Grady’s in Ilford on the Friday night and other planned activities throughout the weekend, including a run-out in Illford Wanderers RFC’s grounds at 12.30 on Saturday.

Well done to Michael Farrell (Under-20’s) and Sean Og Higgins (Senior players) for their work in organising this trip.

The Creggs Rugby Lotto Draw numbers this week were: 9, 10, 11, 21. There was no winner of the jackpot, which no rises to €4,900 for the next weekly draw. The winner of the Lucky Dip draw last  week was: Gareth Brandon and this week is: David Kearney, Roscommon.