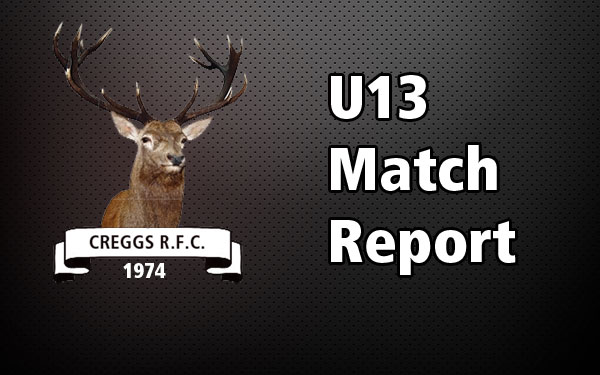 Creggs U13’s had their first outing after the Christmas break and went to Ballinasloe RFC last Saturday Morning. The lads looked a bit rusty after the break and although only down 10-7 at half time, they gave away two very easy scores in the second half to end up losing by 24-7 with Creggs score coming from Tadg Lyons which was converted by Cormac Dolan. Up front The Creggs forwards defended well through Michael McAteer, Thomas Tiernan, Ciaran Purcell, Edimar Fimho and Andriu Oates but they just didn’t have enough of the ball in this game to hurt the opposition. Out the backs Jack Fleming, Daniel Flynn and DJ Hession looked dangerous with ball in hand but too often they were on their own and turned over at crucial stages to put Ballinasloe under sustained pressure. Training continues Wednesday evening at 7PM