After two defeats in their opening two league games away to both Galwegians and Corinthians, this was a mush needed and well deserved win for a very committed and focused Creggs team in a very entertaining match played in Creggs on Sunday last.

Creggs began in determined fashion and threatened the Moinvea line on a few occasions but it was the visitors who crossed for the first try which was not converted. Creggs attacked from the restart with good drivers from Brian Coady, John Keegan and Michael Kelly releasing fast ball to scrum half Mark Ward. He released his back line and the ball was transferred from Shane Dowd to Brian Diffley and Donal Kelly with full back Tomas Clayton entering the line to provide a left pass to winger Luke Kelly who outpaced the defence to score in the corner. The try was unconverted but more pressure from Creggs led to a second try from Donal Kelly. This will be a contender for try of the season as it began deep in the Creggs half with all the backs handling the ball and wing Alex Syrek finding Donal Kelly. Donal outpaced the defence before chipping ahead and diving across the tryline for a great score. That left Creggs leading 10 points to 3 at the interval and the second half saw Creggs maintaining their advantage. Brian Collins linked well with John Keegan at lineout time and we saw some great tackling by Michael Kelly, Brian Diffley and Ibrahim which disrupted the Moinvea attacks. A third try was scored by centre Brian Diffley who cut through the Moinvea backline after a series of great Creggs rucks by Brian Boady, Brian Collins and Michael Kelly. Shane Dowd converted and later added a neat drop goal to leave the final score at Creggs 21 Moinvea 10.

Training continues on next Wednesday night at 7pm where we will be joined by our U15 team. 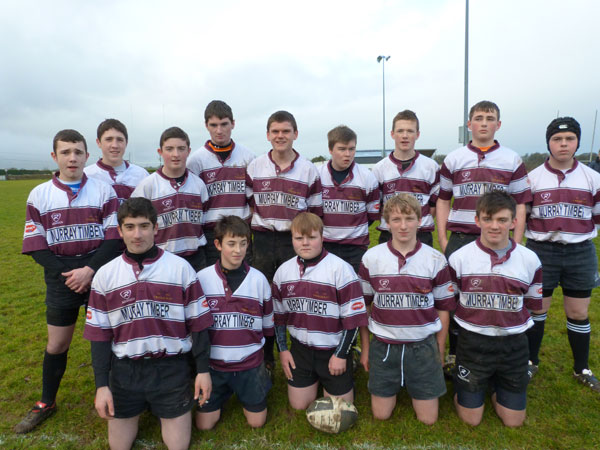