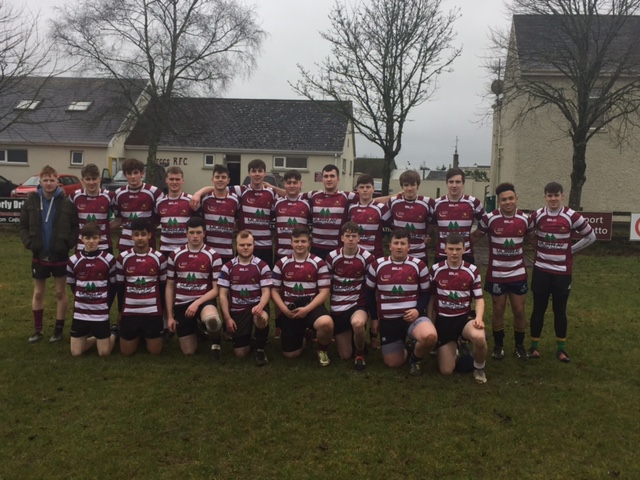 Creggs U18.5’s secured a Home League semi final when they secured the top spot in the league after a 38-7 win over Connemara RFC in Creggs on Sunday afternoon.

This was a tighter affair than the scoreline suggests and Creggs lads had to work very hard against a very Physical opposition. Creggs forwards paved the way for this victory and had to work very hard to breakdown a well drilled Connemara outfit with Rian Biesty, Ronan Cahill, Melvin Conteh, Adam Finnerty and Brian Maloney especially prominent in the early stages. Creggs were in the ascendance in the set pieces and that paved the way for the Creggs backs to move the ball wide where they had the advantage over the visitors.

Connemara to their credit never gave up and continued to us their physical size to try breakdown the Creggs defense and eventually they did get over for a score of their own, leaving the final score 38-7.

Creggs have guaranteed a home semi final with 1 game in hand, when they play Galwegians RFC next Sunday. Galwegians themselves will be trying to finish in the top 4 but Creggs cannot be dislodged from their home semi final berth.