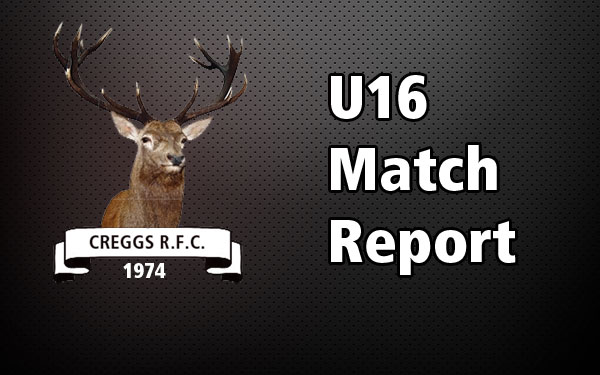 Creggs met Ballina RFC in the first league game of the U16 Connacht League in Creggs on Saturday evening and won on a scoreline of 27 points to Nil. Having met in the final of the league last year this was expected to be a tight affair but in truth Creggs had too much for their opponents on this occasion.

Tries from Jason Hoare, Adam Finnerty, Shane Purcell, and Eoghan Coyle and a penalty from Shane Purcell and 2 conversions from Ronan Dowd completed the scoring

Creggs RFC U16’s will play Westport RFC away next Sunday at 12pm in Round 2 of the League. Training continues next Wednesday at 7pm in Creggs.