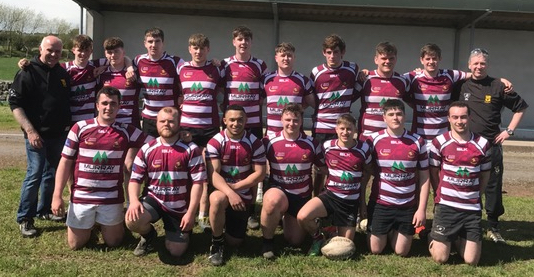 Having won the penultimate round in Westport, Creggs Under-20’s were in second position in the Series, as they went to Tuam last Saturday for the final round.

Having won the first game well v Tuam-Westport combined, Creggs came up against the Series leaders Ballinrobe, who had a bye in the first round. A fresh Ballinrobe team came out on top and as a result won the Connacht Series.

Well done to the Creggs lads who put in some great performances to finish second in the Connacht Series. And well done to Michael Feeley, who won the ‘Tackle of the Series’ award.

In addition, the Creggs lads welcomed back Brian Divilly to the Creggs squad. Welcome home Brian.