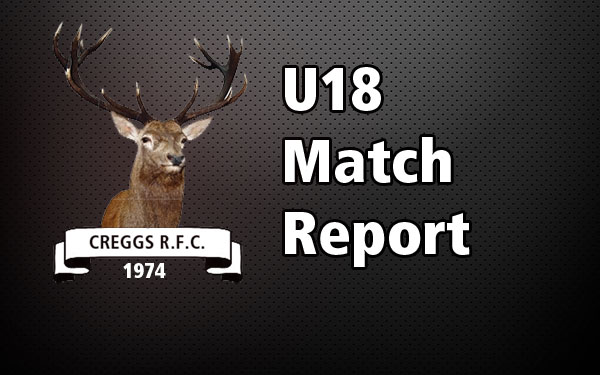 U18’s: Creggs U18’s who were recently crowned Connacht League champions were beaten by Ballina RFC in the semi final of the Cup last Wednesday week. The lads had played Galwegians in the Quarter final on the Sunday evening in Galway and having less than 3 days turnaround proved too much for the lads who have a had a great season.

Creggs had been in front at half time by 13-10 from 2 penalties from Shane Purcell and a try and conversion from Ronan Dowd however the second half you could visibly see the energy levels drain from the lads and a late try from Ballina sealed the victory by 20-13.

Thanks to the big group of lads we got together this year and with a lot of the lads underage again next year hopefully we can continue to develop and the future looks bright with a talented group of youth players on show all season.