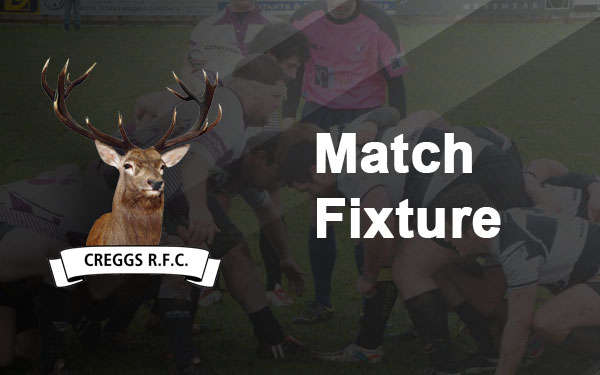 Creggs Under-13’s Connacht Cup Quarter-Final V Castlebar is fixed for this Wednesday night (11th.) on the 4G in Creggs at 7.30pm. Please support the boys.

Well done to all the Creggs Under-13’s players and coaches on their Last 16 win v Monivea last week in Creggs, to qualify for this Quarter-Final.

Creggs Under-16’s – After their thrilling 19-19 draw recently, Creggs Under-16 Boys will play the Replay of the Connacht Under-16 Division 1 League Final next Saturday, at 12 Noon in Castlebar. Please support the boys in this important Connacht Final.

Creggs Under-18.5’s play a friendly against US touring side, St. Augustine Prep. High School in Creggs on this Thursday night at 7pm. This follows a very good workout against Tullamore RFC last Saturday night in Creggs as they prepare for their Cup Quarter Final V Corinthians later this month.

Creggs Under-18 Girls will play Tuam/Oughterard away in the Quarter Final of the Connacht Under-18 Girls Plate this weekend. The Day and Time TBC. Please support the girls.

Creggs Under-14’s play Corinthians Black in the Connacht Under-14 Plate Quarter-Final in Creggs on Saturday week (21st.) at 1.30pm.

Creggs Under-15’s White play the winners of Corrib or Gort in the Connacht Under-15 Plate Quarter-Final in Creggs on March 28th.

Creggs Under-15’s Maroon play the winners of Buccaneers Yellow or NUIG away in the Connacht Under-15 Plate Quarter-Final on March 28th.

Creggs Under-18.5’s play the winners of Corinthians away in the Connacht Under-18.5’s Cup Quarter-Final on March 22th.

Best wishes to all from Creggs RFC to the CBS Roscommon players and coaches who play the Connacht Schools Junior Cup Final v St Muirdeachs,Ballina in the Sportsground Galway this Wednesday (11th.) at 2pm. Please support the boys.