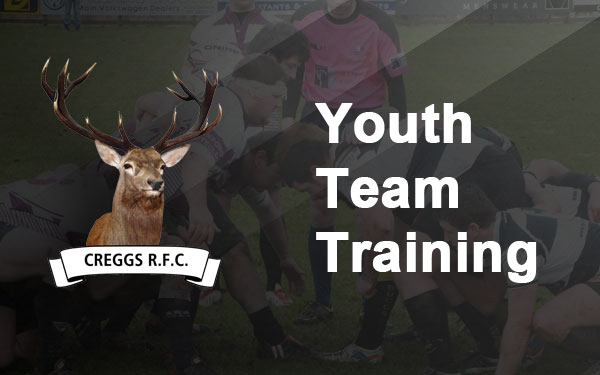 Creggs Under-16 Boys play Galwegians RFC in the Connacht League this Saturday in Creggs at 7pm. This game sees the League’s first versus second in what promises to be a really top game.

Creggs Under-15 Boys play away v Oughterard RFC this weekend in thE Connacht League. Day and time TBC.

Creggs Under-13’s Boys play Gallwegians RFC in the Connacht League in Galway next Saturday at 3pm.

GIRLS
Creggs Under-16 Girls will play Claremorris RFC away in the Connacht Under-16 League Semi Final on Saturday. This game has a 12pm kick-off in Claremorris.

Creggs Under-15 Boys training Wednesday night at 8pm in Creggs.